Skip to content
You are here
Home > Posts tagged "confirmed" 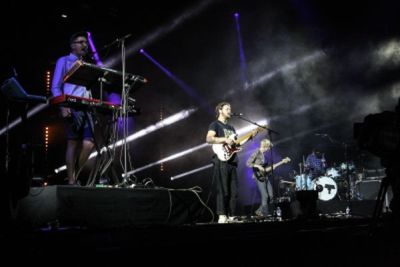 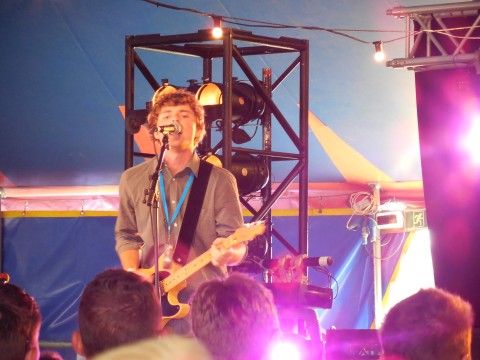 Some interesting news from the Sziget Festival UK Facebook page. We now have a date for The Stone Roses (check out all the dates so far in our Sziget 2012 Lineup page). They say as follows: Finally we can announce what day The Stone Roses will be performing: on Friday 10th!

UPDATE: Sziget Official website confirms it, so it's 1000% official. As promised, the first name for Sziget Festival 2012 is confirmed today. It's The Stone Roses, a band that has reunited after 15 years! The news is confirmed on their official Twitter page, as well as on their Facebook. (thanks, Mirex!)

What we told you about a couple of days ago has now been officially confirmed by the Sziget organizers on the Sziget Official Facebook - 30 Seconds to Mars will be headlining Sziget Festival 2011. The band that Jared Leto is leading will be playing the Main Stage on Saturday, August 13, at 21:30, replacing Amy Winehouse.

The official Sziget website has posted the (almost full) schedule for this year's Sziget 2011. We don't have to speculate anymore, because everything is confirmed. You can check it out here and we have updated our line up page accordingly. What must be mentioned is that Saturday, August 13, still doesn't have a headliner, we're certain it's worth the wait. Another observation is that Tankcsapda has gone missing from the Rock / Metal Stage, and this stage seems that it will have another two co-headliners announced (19:00 slot on Saturday August 13 and 20:30 slot on Sunday August 14).

Another day, another name. Hungarian band Erik Sumo Band will be at Sziget 2011, according to their Facebook (thanks go to Rascal)

The Sziget 2011 line up got richer by two acts today, when the official Facebook page for UK, Ireland, The Netherlands, Belgium, Germany, Switzerland, Austria, Denmark, Norway and Sweden has announced Dutch hip hop and R&B group De Jeugd Van Tegenwoordig, as well as  DeWolff, a cool Dutch rock band. The names were also announced on RockBlog (Dutch) (Thanks go to geek and Zmeer)

Good news today. Three more interesting acts have confirmed themselves for Sziget Festival 2011. First of all, we're talking about Great Imitation (we got an e-mail from their bass player, saying that they've won the Surface Unsigned competition in the UK). They are fully confirmed, but are still waiting for the date when they will be playing Sziget Festival 2011. The Sziget appearance is also mentioned on their MySpace. As for their style, they are "a mash up of a lot of different styles - mainly indie/pop/hip hop and spoken word." Check them out on their MySpace, especially since they have

Dutch band Shaking Godspeed is the first name for Sziget 2011. The band has its first album, "Awe" out and will be on tour to promote it. According to their MySpace, they are set to play Sziget. They say it will be on August 8 (which would mean Day -1).