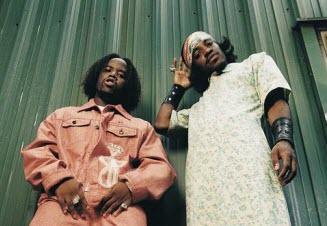 Outkast and Manic Street Preachers are part of this new announcement for Sziget 2014. john doe was right in his hint with the third name, which is The 1975 (sum:22). He said there would be three names, though, and there are two more apart from the ones we've mentioned above - R3hab and Madeon. So, the full announcement looks as follows: Outkast Manic Street Preachers The 1975 R3hab Madeon What do you think about it? Were these names you were looking forward to? Let everyone know in a comment!

UPDATE: The official Sziget France Facebook also posted the acts for the Gipsy, Meduza, Circus, as well as the Ambient Tent. We've posted it in the Sziget 2011 line up page. A lot of new names have been announced a few minutes ago on the official Hungarian site. Probably the most important are Manic Street Preachers and White Lies (we already told you about the latter a while ago) Let's see all the new names, then. The Main Stage now also features Manic Street Preachers, White Lies, La Roux, Mariachi El Bronx, Batucada Sound Machine and Ben l'Oncle Soul. The World Music Stage will

...at least that's what Hungarian music site Zene.hu says in the article (Hungarian) they published today. Faith No More are listed for the Main Stage, and so are Manic Street Preachers. The article also includes some other new names. One of these is Maximo Park, that our friend Mellowmaniac predicted a while ago. Then, there's Chris Corner's project IAMX, that we also told you about a while ago. Also listed is famous BBC Radio 1 DJ Pete Tong. And it doesn't end here. Life of Agony are also listed to play at this year's Sziget. And some more good news, from the