Skip to content
You are here
Home > Posts tagged "rumors" 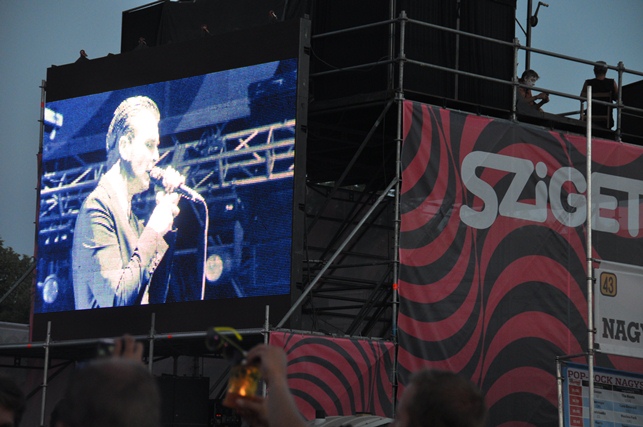 Our reader Paul claims to have some news on very credible sources. Part of it seems pretty plausible, so we thought we'd share them with you, just in case you've missed his comments (but this should be treated as nothing more than speculation, rumors or whatever else you want to call it). According to Paul, Skrillex will play Day -1 (he says this is 90% sure). He also says that Snoop Dogg is 99% sure for Sziget 2014, together with Babyshambles or/and Gogol Bordello - the chances are 95% for that, he claims. He also gives a 70% chance for the Bloody Beetroots and 40% for 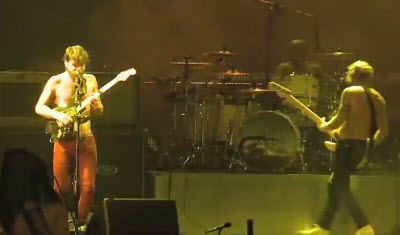 Biffy Clyro seem to hint a return to Sziget Festival, maybe this year, according to a reply on their Twitter account. When asked by a fan if they remember their performance at Sziget, the reply was that they are coming back to see those fans real soon. You can check out the Tweet below. Could that mean that Biffy Clyro will be part of the Sziget 2014 line up? We’ll see if they’re part of the next announcements. One thing is for sure – they are around during Sziget and have dates available, so nothing is impossible. Check out the tweet below https://twitter.com/BiffyClyro/status/439312847529869312 (thanks, Marcu)

UPDATE: John doe has also posted this picture in a comment, making us all think Lamb of God. Let's hope an official announcement does come soon. (again, this is speculation, it could confirm or not, especially since they have tour dates until July 1st in Europe; not impossible, though). Then again, as our reader no says, Lamb is also a possibility (speculations can go on and on...) UPDATE: since john doe suggests it's not New Order, we're only left with one option. So we expect The Killers to be announced pretty soon. We, of course, want to thank john doe, and

The Sziget France Twitter and Facebook pages have posted a video of Ben l'Oncle Soul, without any other mentions. Could this mean he will be playing Sziget? Nothing on his official website or MySpace...

Another interesting act is self-confirmed for Sziget Festival 2010 - Fanfare Vagabontu. This is an act that includes 8 Gypsy musicians from the Moldova region of Romania and Marseille. Their music might sound familiar to you if you've played the game Rabbids, as they're responsible for the music in it. We assume they'll play the World Music Stage. They've made a small mistake on their MySpace, where they're confirming their presence, writing that Sziget is in Bulgaria, but they also wrote that they will be playing on August 15. The other piece of information we have for you today is more of a

As you may remember, Rise Against were set to play at last year's Sziget Festival, but it didn't work out after all. As it seems, an appearance by the band is possible in this year's Sziget Festival line-up, as their name has shown up on the Sziget last.fm page. We're trying to find out more about this and will keep you posted on what we discover.

As we already suspected, the news that Rise Against won't be at Sziget this year, after all, is now confirmed by our reader tool. He wrote an e-mail to their management, asking about this and the reply he got was the following: They are not coming- it ended up not working out! Sorry, we will be coming there on this album though. On the other hand, our friend Mellowmaniac has a few more line-up ideas for you, based on current tour dates. Let's hear him: Long time no rumoursâ€¦ To heat the Radiohead discussion up: The guys seem to move closer and closer to the

Don't tell anyone, but we just heard a rumor that Sigur Ros might play at this year's Sziget Festival and that the information is listed in this month's edition of Hungarian Magazine WAN2 magazine (thanks, Tibor). Szigetnews reader Erik is telling us some more great news. He saysÂ  that Amy Winehouse is also listed in the article as a possible artist for Sziget Festival 2009. It seems quite possible, especially since she's playing T in the Park on August 16 and V Festival in England on August 29 and has no other dates in AUgust confirmed. A zero-day performance, maybe? We're trying