Skip to content
You are here
Home > Posts tagged "september" 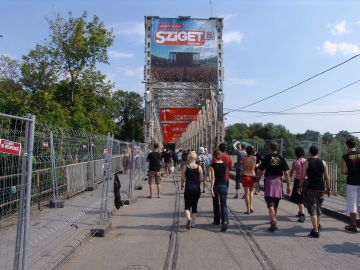 Next year will be the 25th when the Obuda island in Budapest transforms into the Island of Freedom. Sziget will be back in 2017 with one edition that should be huge, considering that it's an anniversary one. The organizers of the event have announced that the ticket sales for next year's event will start on September 25th, at 5PM local time (GMT+1). And they announced the dates of the festival, too: between the 9th and 16th of August 2017 (once again, Wednesday to Wednesday). Mark the date, and keep an eye out for announcements! 25 years of Sziget Music events were held before