Skip to content
You are here
Home > Posts tagged "Skrillex" 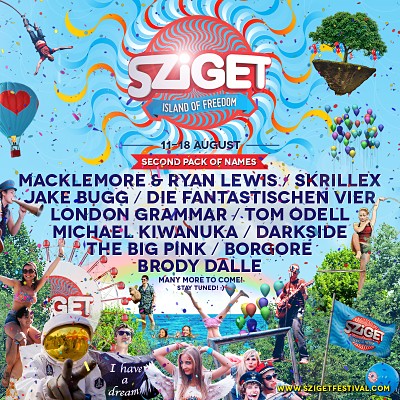 Jake Bugg, Skrillex, Macklemore & Lewis, plus eight other interesting acts are part of the second official Sziget 2014 announcement. The new names have been announced on the official Sziget Facebook account and are as follows: Macklemore & Ryan Lewis Skrillex Jake Bugg Die Fantastischen Vier London Grammar Tom Odell Michael Kiwanuka DARKSIDE The Big Pink Borgore Brody Dalle What do you think of the second Sziget 2014 announcement? What makes you the happiest? Is it Jake Bugg or do you prefer Skrillex? Tell everyone your opinion in the comments below! Of course, all of these names are already part of our Sziget 2014 lineup page, which we're working to keep updated.