UPDATE: a comment by the page administrator says in a comment that the announcement will not be about headliners, but rather A38, Arena and some afternoon slots Main Stage acts. UPDATE: New names are coming next week, says a post on the same Facebook page. Also, the cover image of the page has been updated and says the same thing. One of the fans of the Sziget Festival Official Facebook has asked when some new names would be posted. The reply was an encouraging one: “very-very soon”, as you can see in the screenshot. Hopefully, that means days . (thanks, chudo_pahan)

Good news for those planning to attend Sziget 2013. Another self-confirmed name for the island extravaganza in August is Chris Liebing. The Sziget Festival date has been confirmed on the official website, here. Chris Liebing joins Blur and Parov Stelar in the Sziget 2013 line up. (thanks go to Joep and Crazyfrog!) 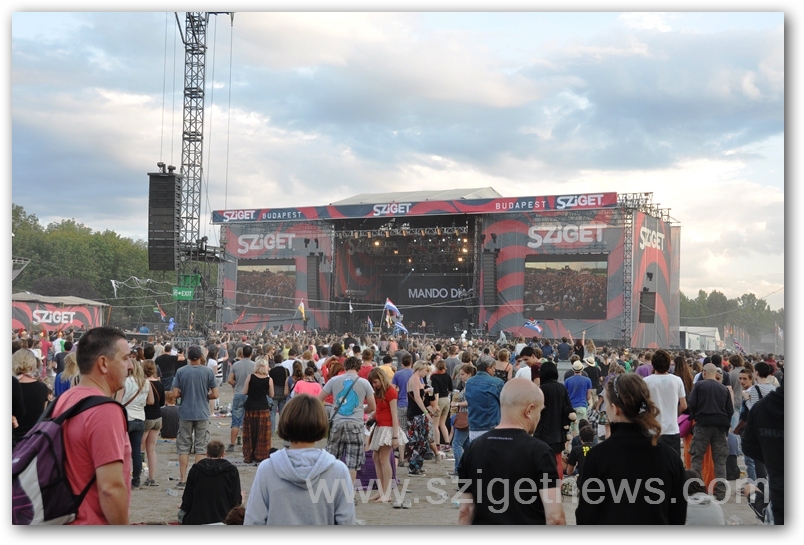 Another day, another question about the Sziget 2013 lineup from the organizers. The question you’re asked to answer today is about rock acts at Sziget 2013. So, what are the rock acts you want to see at Sziget 2013? Cast your vote here, on Facebook, here.

A very cool video (and HD, too), of The Prodigy performing at Sziget 2011 has been posted to YouTube and the band's community page. Watch it below.

Some very bad news came yesterday. Amy Winehouse, an artist that was supposed to headline Sziget this year, has passed away yesterday in London. May she rest in peace! Amy Winehouse had cancelled her Sziget performance a while ago. She was replaced by 30 Seconds to Mars in the Sziget 2011 line up.

Another name has self-confirmed for Sziget 2011 (thanks, tiga!) Steve Angello says on his MySpace and Facebook that he will play Sziget Festival 2011 - almost certainly the Party Arena. Part of the Swedish House Mafia, he is a well-known DJ. The date mentioned on both pages is August 14