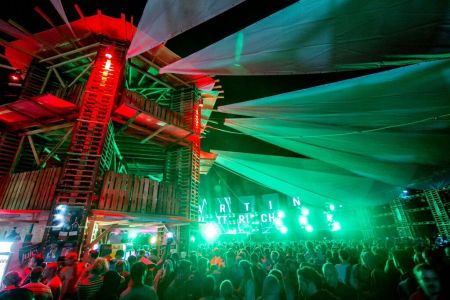 While we wait for more new acts being announced, another band has self-confirmed its Sziget date. As with all dates, you can already find it in our Sziget 2012 line up page. The Horrors will be playing Sziget 2012 on August 11. The news is announced on their official website. (thanks, chudo_pahan!)

The first big Sziget 2012 lineup announcement is here, as promised yesterday. And just as we told you a few days ago, it starts with Placebo. Then, we have Hurts (pictured below), back after their performance at Sziget 2011, The Horrors, and The Subways (back, just like Placebo, after performing at Sziget in 2009). Joining the Sziget 2012 lineup will be Crystal Fighters, Mando Diao, Noah & The Whale, and Friendly Fires. In the official announcement, Karoly Gerendai, Sziget’s main organizer, says that “there’s a lot more to come.” There's also a trailer for the lineup so far. Watch it in the rest of this