Muse and The Killers are the most important names in what is the first VOLT Festival 2022 announcement. The full list is below. Generally, this means that these names have a very slim chance of playing Sziget as well. The announcement is quite interesting, with dates included together with the main names. That is, should you want to go just for one day (or for one favourite artist). Some smaller names are also included, without the date. Here they are: Muse - June 21 Killers - June 22 Bring Me The Horizon - Jun 23 Sum 41 - June 24 Yungblud Skillet Passenger Scarlxrd Borgore Virtual Riot Funtcase We're reminding you that

VOLT Festival, as you probably all know, is the "little sister" of Sziget Festival - it only lasts for four days (VOLT 2020 takes place from July 1st to the 4th) instead of a week, has fewer stages, and doesn't cost an arm and a leg either. It takes place each year in Sopron, a city in the Western corner of Hungary, very close to the country's Austrian border. A look at the map shows that it is at the meeting point of countries like Austria, Slovakia, and Hungary, making it especially easy to access from all these countries. The 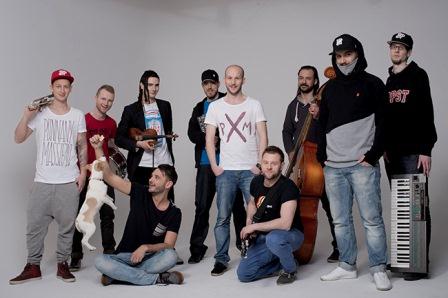 Sziget will not be the only Hungarian festival this year at its anniversary edition. Telekom VOLT has also aged nice, reaching the respectable age of 25 years in 2017. Today being Valentine's Day, they decided to announce new participants to the event. They release the names gradually via their official Facebook page, though. So, without further ado, here's the list of performers newly announced by the Telekom VOLT festival (June 27 - July 1) constantly updated as fresh names emerge: Pendulum (live) Enter Shikari Of Mice & Men The Devil Wears Prada Knife Party The Cult Hernan Cattaneo Years & Years The

UPDATE: Billy Talent was added to the list, too, so Joel was completely right. UPDATE: Joel says Billy Talent will be announced, too. Let's see if he's right. The VOLT website has announced new acts today. These include Bullet For My Valentine, Hurts, Sven Vath, Dub FX, Parkway Drive, GusGus, Papa Roach, Martin Sollveig, DJ Fresh and Fritz Kalkbrenner. It would seem that our friend Joel was mostly right on the VOLT front – at least when it came to Bullet For My Valentine and Parkway Drive. These acts are now probably excluded for Sziget, as acts playing both festivals are more of an

The first names for VOLT Festival 2013, taking place in Sopron, Hungary in July have been announced. The most important ones are 30 Seconds to Mars, a familiar act for festivals in the Sziget family, and Queens of the Stone Age. Joining them will be Parov Stelar Band, Example and Jamie Woon. A promo video has also been made on the occasion and you can watch it below. Could this mean that some Sziget names are coming soon, too? Who knows… Until that happens, you can watch the first VOLT Festival 2013 promo below.

Good news for those of you going to Volt Festival, not the best news for those hoping for Faith No More at Sziget 2012. Faith No More will be headlining Volt Festival. Joining them in today’s lineup announcement for Volt is Caspa, Camo & Crooker, as well as Toddla T. Since acts are rarely shared between the two festivals, we can probably cross these off the speculation list. Read the full announcement here.